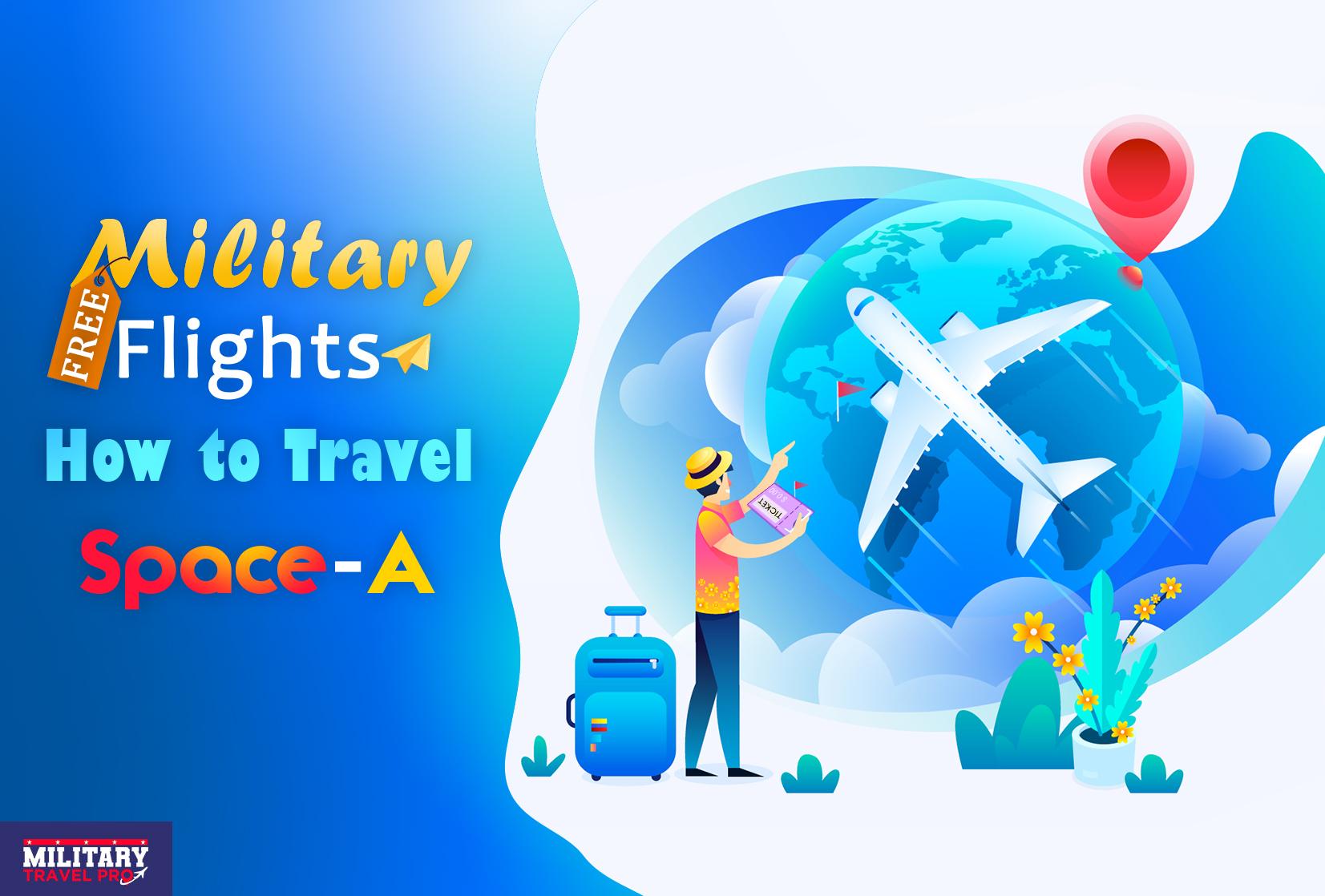 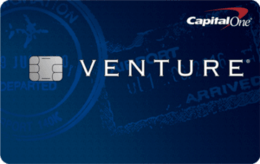 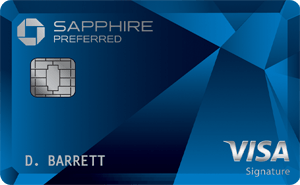 This is an absolutely must have credit card because of the great signup bonus and quick earning power for every purchase.

The Platinum Card from American Express

If you are a traveler who loves the airport lounges, Marriott hotels, airfare credit, and more then you need to add this card to your repertoire.

If traveling is a passion, then this card is the one to get. You can’t beat how fast this card accrues rewards for everyday purchases.

Sometimes you’ve gotta’ get somewhere and there’s a lot of miles between you and there—way more than the dollar bills in your wallet: Is getting free military flights through Space-A worth it?

The short answer seems to be “definitely if you’re willing to wait for it.” Space-Available flights, AKA Space-A, can save service members and immediate family members, military retirees and some disabled veterans vital funds by providing national and international air travel opportunities for nada (or next to it). That’s right, free military flights. Sometimes a reservist(s) or a member of the National Guard and their family members can also qualify to fly without an active-duty sponsor, but that’s not common.

I’ll be upfront: it’s not necessarily a good fit for everybody. The environment’s not always what most would consider first-class by civilian commercial flight standards. If you’re expecting an in-flight movie, you’ll have to bring your own. You can wind up riding (with a seatbelt) in a space that’s used for cargo most days, but you’ll get where you want to go—and the price is hard, if not impossible to beat.

Space-A used to be known as Military Airlift Command or MAC flights back in the day, but for patient wannabe travelers, they can still be lifesavers, regardless of what you choose to call them. There is a degree of risk that you could wind up stranded involved, depending upon how quickly MAC may need to reprioritize flights. That’s not usually a dead end, though. The keys, more than anything, are staying well-informed and keeping your plans flexible.

The first step is simply to sign up for it. The best place for that is Air Mobility Command’s Website, where you can find a ton of useful information for prospective fliers (and the email Space-A mailing list to join for staying optimally up-to-date). Think long-term and sign up for all flights at all potential terminals (arrival and departure) as many as 60 days ahead of your expected travel date. Many retirees and their dependents do this around 50-55 days out because those who have been on the list for longer get to board ahead of others in the same category.

The next major step is to wait, keeping as informed as you can to avoid bad surprises. When the big day arrives, you show up to the terminal bags-in-hand, with your paperwork signed, having parked your car (and corralled any dependents). Make sure that you arrive at least an hour before your prospective flight’s passenger roll call. You’ll want to check the terminal’s online schedule regularly even once you’re there too since flight plans and the roll call can change suddenly.

When it’s finally boarding time, passengers will load according to their travel category (not according to rank). If your requested flight still has some space, terminal staff will help you board and get ready for takeoff. Hopefully it’s unlikely, but if you should get bumped, don’t worry: you will still have sign-up time seniority (despite the fact that your category doesn’t change) for future Space-A flights. Just ask a terminal attendant in order to be considered for all flights headed where you want to go. Throughout this process, keep one thing in mind–if free military flights were easy, everyone would do it!

As long as you don’t behave like it’s Fleet Week (and you’re halfway through a bar crawl) at the terminal, you should be okay. There are a couple of other considerations, though.

1) Try to avoid flying during school breaks and on drill weekends. Many families predictably schedule their vacations around breaks and (big surprise) drill time is normally a flights-are-full time. It’s worth the effort to call ahead to the terminal’s base. You can ask if the local Guard or reserve unit will be drilling on your target weekend. Checking the Department of Defense Education Activity (DoDEA) school calendar for seasonal breaks can’t hurt, either.

2) Don’t set your heart on a traditional civilian flight. It happens—it just doesn’t happen regularly enough to bank on. The government will sometimes contract with civilian airlines for troop movement, making a Patriot Express flight available for Space-A (which will charge you, on average, $20-$35 to get aboard). The rest of the time there’s a good chance that your sky chariot will be something like a C-130; big enough to transport vehicles in and louder (even on the inside) than any commercial airline cabin you’ve ever been in.

You may have a little more legroom, too: civilian airlines are forever trying to cram more and more paying customers into cabins of the same size with each new design, but Uncle Sam’s rides typically keep the same specs, generation after generation.

3) Don’t plan to return on a Space-A flight if you have a schedule to keep! Since Space-A flights are unpredictable, you need to be prepared to buy a return ticket on the other end.

How Can You Make The Most Of Your Space-A Travel?

Hopefully we did not scare you off from the idea after reading the information above. If flying Space-A was known to be fatal, millions of people wouldn’t use it every year. What it lacks in amenities it makes up pretty nicely for with the price and—if you’re open to seeing your ride in a military transport plane as a new experience—the cool factor.

There are a few things that you can do to maximize your benefit from and enjoyment of the flight. The first one is simply being thorough: as you near your desired travel date, call the terminal and double-check your status on the list, giving the attendant the day and time that you signed up. Taking notes of the conversation in order to have a paper trail can help avoid potential miscommunication later, too.

Regardless of where you stand in regard to Mark Zuckerberg, Facebook can be an invaluable source of information at times. To keep as far ahead of the game as possible, you may want to monitor military passenger terminals’ pages. This doesn’t mean checking every one daily; it just means reviewing them now and then as they show up on your feed. An established habit of this comes in handy when it’s time to plan a trip. This is a great way to know what frequent destinations your local military flights travel to!

For more Space-A Success, Consider Flying to Nearby Locations!

This is gonna’ sound crazy, but hear me out: Sometimes the shortest distance to an object is a not-entirely-straight line. It can help to be open to flying Space-A most of the way to your destination without going directly there. If, for instance, you’re headed to Europe from North America, it’s worth considering a flight to a base in a country that’s close to where you want to go… and then taking civilian transport the rest of the way.

Speaking of civilian transport, before your departure date nears, it’s a good idea to look into getting an international driver’s license. The reason why is that a U.S. driver’s license won’t always allow you to rent a car when you’re overseas. There are sites out there purporting to offer them when they’re really scams, so be careful. One legitimate source is AAA.

I should warn you: when you’re flying on the government’s dime, be ready for abrupt unforeseen climate encounters. For example, if you’re psyched to hit the beaches of Florida, good for you… but if the plane you’re on gets rerouted for an emergency in Alaska, you’ll be happiest if you brought something warmer than beachwear. Space-A’s primary mission is to fulfill our military’s needs—ahead of individual passengers’ desires. Nobody gets special treatment.

Pro Tip: While you’re at it, bringing along a pillow, small sleeping bag, blankets (and even a yoga mat) can pay off big time if there’s any chance that you’ll want to sleep during a long flight. Most crews will allow you and your family to spread out once you reach cruising altitude.

Additionally, some crews can provide military-issue earplugs, but you might prefer to bring your own or some headphones with noise-canceling capability. Another advantage of having warmer clothes along, even if you’re going someplace warm and don’t get rerouted, is in case the flight itself just gets cold. Even when it’s summer on the ground below, cabin temps can drop significantly at higher altitudes.

It’s an older-than-dirt saying that “your attitude determines your latitude,” but it applies here, too: staying flexible (and planning ahead in order to be able to stay flexible) can keep your stress lower and make the trip better for everyone around you. Try to see alternate routes and delays as an adventure instead of hassles. So you want to see Rome but you have a layover in Greece first? Take some phone pictures and embrace the opportunity to sightsee! Lots of people spend entire their lives dreaming of going to either of your stops (and never will).

Last but not least, if your travel plans don’t seem compatible with the wait for a Space-A flight, you may want to do a TSA Precheck in order to shorten your time going through commercial airports. You can bypass some long security lines that way, keep your shoes on, hold onto your laptop, and so on. If you have family members under the age of 12, they can pass through the sped-up screening with you. Just use your Department of Defense ID as your known traveler number when printing your ticket at the airline counter.

To see other awesome military discounts and hacks, make sure you check out our other articles here. 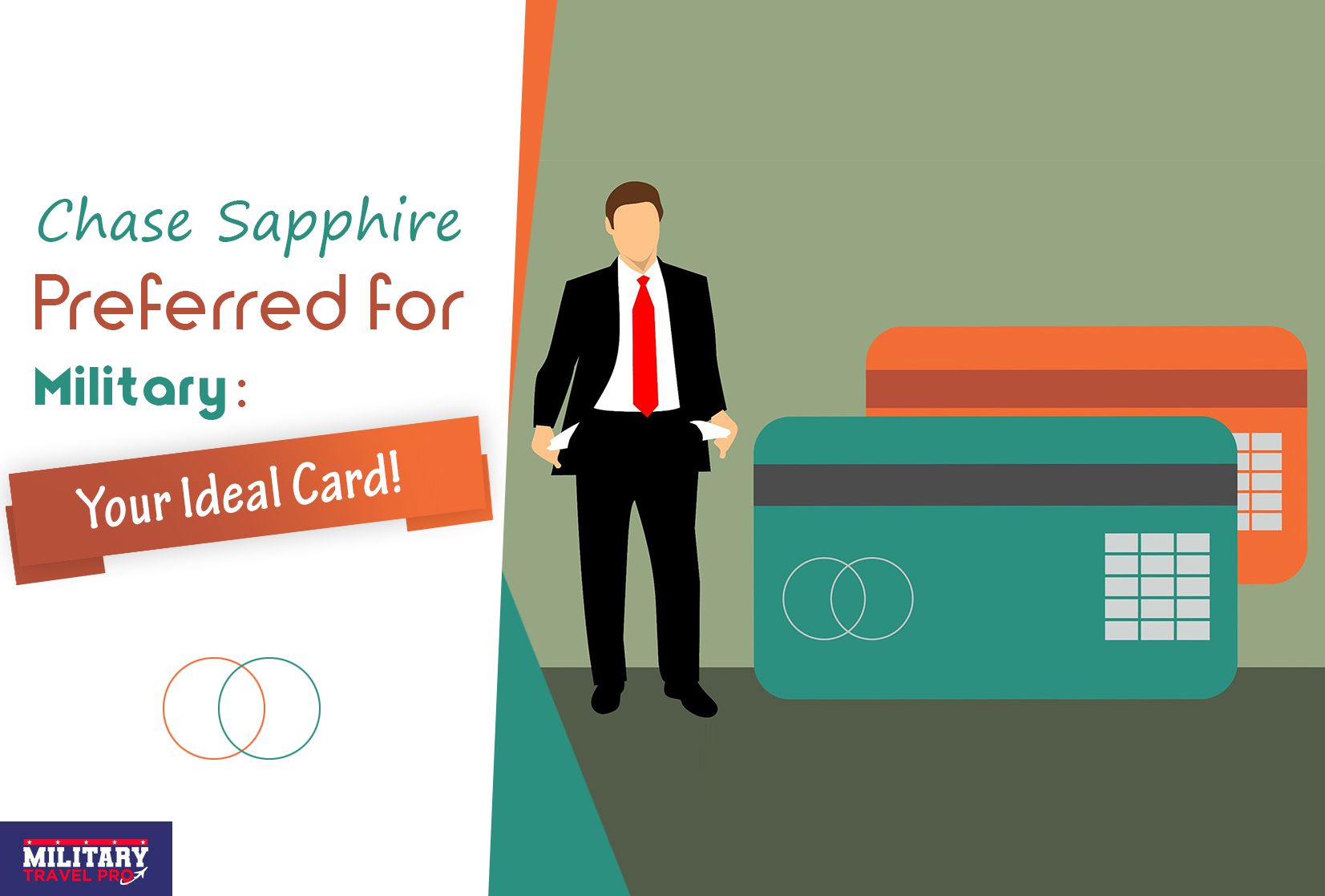 More from the Military Travel Pro

Opinions, reviews, analysis & recommendations are the author’s alone, and have not been reviewed, endorsed or approved by any of these entities.